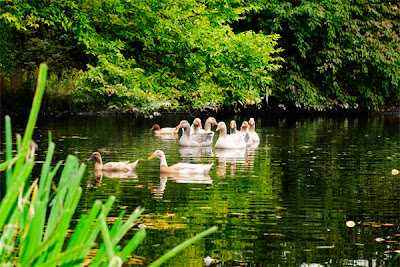 The ducks and geese that live on the Home Farm have decided that they would like to live closer to the Premier offices. They switched ponds a few weeks ago and now occasionally block the driveway to the employee parking lot. 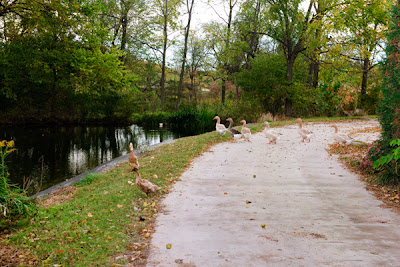 The waterfowl spend a fair amount of time on the driveway above. We will remedy this by putting up a roll of electrified netting to keep them on the pond and off of the driveway. 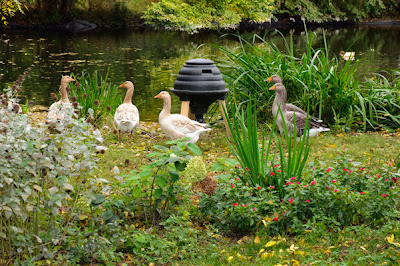 To keep the distance the birds travel from feeder to pond, we put out a large Emperor Feeder by their new home. The feeder holds 110 lbs of feed and does not need to be protected from the elements like other feeders.
Posted by Joe at 2:45 PM

Preparing for a Better Breeding Season 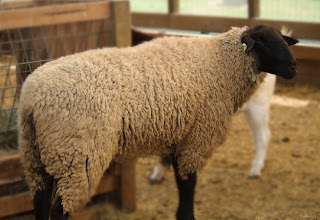 Photo: A Suffolk ram that was new to our flock last year. He produced some very nice lambs for us.

We've been gearing up for our upcoming breeding season which starts late October/early November. This means we're tracking down marking harnesses and crayons as well as dusting off containers of raddle marker. We're also picking out the rams to use for breeding purposes.

We kept a few rams intact from this years lamb crop. In the May Farm Diary post "On the Job Training" we noticed a Katahdin ewe raising triplets on pasture after a cold/wet spell. Impressed with her ability to raise 3 lambs on pasture and with her lambs' survival ability we left one of her ram lambs intact when we processed lambs (castrating, vaccinating and ear tagging). We will be trying him out this year to determine how well he passes on his mother's maternal instincts and his tenacity for survival. 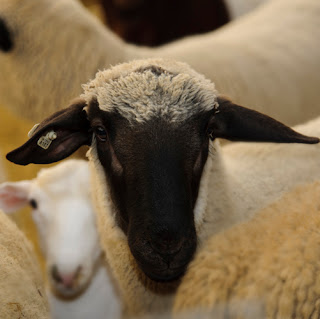 Photo: A Hampshire ram lamb we're going to experiment with this year. He's a handsome boy and we expect some nice sized lambs from him.

Here are a few tips we'd like to pass on to help your breeding season, whether it's already started or starting later:

Marking Harnesses vs. Raddle Marker
Both are excellent management tools for streamlining your breeding and lambing seasons.

Raddle marker is not temperature dependent, it works just as well at 90ºF as it does at 20ºF. Raddle marker does not have to be attached to a ram like a marking harness thus there is less stress on the ram.

We hope you have a successful breeding season so you can have an excellent lambing season!