We thought this information might be of interest to some regarding our recent scanning done here at Premier.

Ultra-sound testing conducted by a contractor with a long history of skill.

North farm.
196 ewe lambs exposed to 7 Dorper/Romanov rams in Dec 1 to Jan 15. 75% of lambs are Border Leicester/Ile De France/Romanov/Dorper, 25%Katahdin/Romanov/Dorper. Lambs born on April and May.
- 93% are pregnant
145 singles
37 twins
14 open.
This was a good result for lambs of this age, size and genetic makeup.

Home farm.
126 ewes (Border Leicester/Ile de France) were exposed in Nov. to lamb in Mar./April. Most of these are were too far along in gestation (110 days) for a fetal count to be truly accurate. We will shed lamb this flock.
94% pregnant. This is lower than the norm for this type of ewe at Premier. However 8 open ewes included culls from last year that were retained to allow us to conduct marking paint trials. If these were excluded the pregnancy % is acceptable.

While the % pregnant was very good we were not happy to learn that so many ewes were singles. We suspect that the "single" ewes are those with a high % of Border Leicester genetics as we know, from prior results, that these ewes have many more lambs/ewes if exposed in October than December.


It's our intent to lamb these on pasture with minimal attention. (it's an experiment). We can't do this in SE Iowa until May. One negative aspect of this system is that, because the ewes are left alone from May 1 to June 10, we can't know which ewes had more twins vs singles vs triplets. Ultrasounding solves this. It allows us to separate the ewes in advance of lambing according to fertility and to keep them separate during lambing. We propose to cull the less prolific ewes and avoid retaining their lamb-and by this method trend toward a more prolific, aseasonal ewe flock. 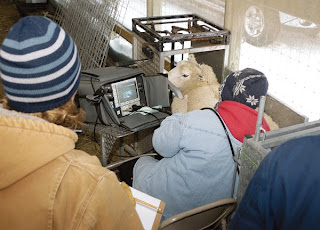 Posted by Stephanie Sexton at 7:34 AM

Hello Folks,
We are really ready for spring to arrive here at Premier. I am sure like most everyone else, we are sick of snow and ice. Green grass and warmer temperatures can not come soon enough.

Today we scanned all of the ewe lambs. Carol Dodge, Ewe Countem of Eau Claire, WI did the scanning. We then marked the ewes based upon Carol's scans as open, single or twins or more. Then the ewes will be sorted and managed depending on how many fetuses they are carrying.
Shed lambing starts here the end of March with pasture lambing starting the first of May. 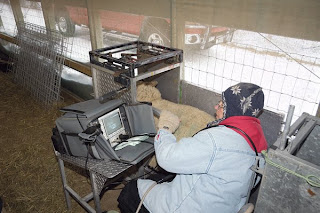 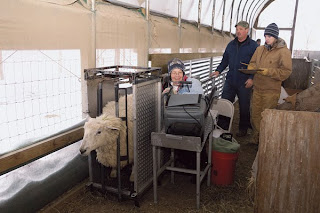 We have also been busy finishing the spring fence catalog. It went to the printer earlier this week and should be in your hands the week of March 15th. Pictured are just a couple of the new products that will be featured in the 2010 edition. They can also be viewed on our website in the next couple of weeks. (Double Spiked ElectroNet, RaccoonNet to protect sweet corn, “all in one” solar units and Pig Quikfence.) 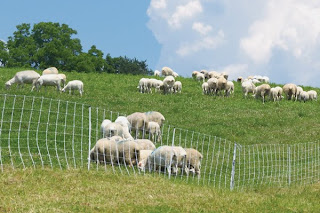 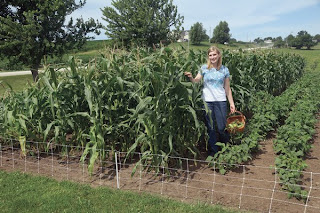 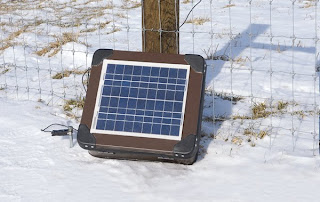 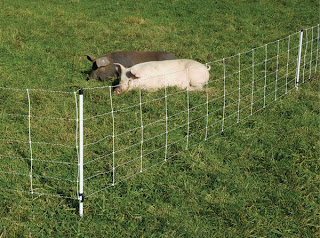